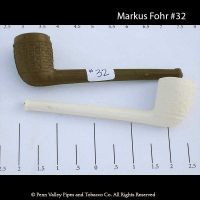 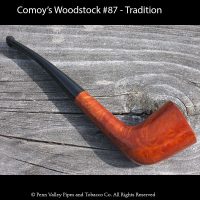 Your place for clay pipes since 1998.

If you are new to Pipeshoppe.com, we have been around the Internet since 1998. We sell a variety of pipes and accessories for the sophisticated pipe smoker, but with an eye to keeping the price of pipe collecting within the budget of as many pipe enthusiasts as possible. Read more

We generally ship within 24 hours and we use Priority Mail. Customers often receive their order in 2 -3 days. If you ever have a question about your order, the guy in the photo will answer any questions and fix any problems you have with your purchase.

The fine briar pipe has a smooth traditional finish. Made in France.

This pipe is a Comoy’s classic bent apple design with a smooth tradition finish. This high quality briar pipe is made in France.

All of our briar pipes come with a money back guarantee.

Francois Comoy and his brothers started making pipes (probably clays, boxwood and beech) in 1825 in the small monastic town of Saint-Claude in eastern France. Claude and his son Louis discovered that briar had vastly superior qualities and, from 1848, made pipes only in this wood. In 1879, Francois’ son, Henri, who was born in 1850, moved to London with a small bag of tools but a great deal of experience. Henri set up a small factory in Seven Dials, which is today known as Cambridge Circus. He was one of the prime movers in the establishment of the briar pipe trade in London and is credited with being the author of the appellation “London Made.” He was helped at first by some of his brothers and, around 1891, was joined by his two nephews, Louis and Charles Chapuis. Louis took the name of his adoptive parents. By 1895, the business had outgrown the Seven Sisters site, and a new factory was built in Newcastle Place, Clerkenwell. By 1905, markets were being sought in America, and the extra business required a new factory to be built in 1913 at 72 Rosebury Avenue…

You can read the entire entry at Pipedia.org