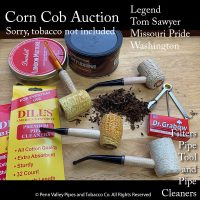 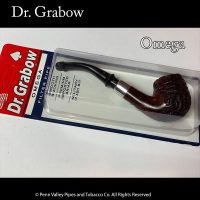 Your place for clay pipes since 1998.

If you are new to Pipeshoppe.com, we have been around the Internet since 1998. We sell a variety of pipes and accessories for the sophisticated pipe smoker, but with an eye to keeping the price of pipe collecting within the budget of as many pipe enthusiasts as possible. Read more

We generally ship within 24 hours, and we use Priority Mail. Customers often receive their order in 2 -3 days. If you ever have a question about your order, the guy in the photo will answer any questions and fix any problems you have with your purchase.

The traditional finish on this Canadian briar pipe allows the natural grain to stand out. Made in France.

“The Comoy trademark is one of the oldest in the pipe industry dating back to 1825 and is respected as some of the finest pipes made.

“It all started back in the early 1800’s by Francois Comoy who began making pipes out of briar roots in St. Claude, France – Frances was one of the first pipe makers to make pipes of briar roots. Francois’ son, Henry, moved the business to London in the late 1800’s and with the help of some of his brothers became very successful as a pipe maker and was credited with being the author of the appellation “London made”. The Comoy pipes were initially launched in the U. S. market in the early 1920’s and were in the 1980’s one of the best selling pipe lines in the U.S.” (source: http://comoypipes.com/)

Note: Your pipe may not exactly match the photo.

This is a non-filter pipe